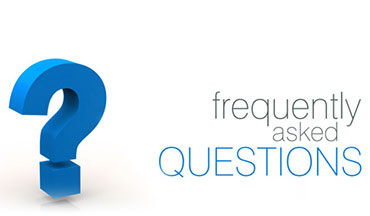 City Clinic a reputation you can believe in

Welcome to our Frequently Asked Questions

At City Clinic we understand that patients ask a number of FAQs about many of the treatments and services we offer. We would like all our patients to be fully informed before they visit us at the clinic and have therefore produced FAQs about what we do. However, should you not be able to find the answer to your question here please do not hesitate to call or contact us.

WILL MY DOCTOR APPROVE?

Increasingly, GPs are recognising chiropractic as an effective complementary treatment, particularly for back pain. However, some are less keen to refer patients to chiropractors. You do not need a GP's referral to visit a chiropractor.

CAN I GET TREATMENT ON THE NHS?

HOW LONG DOES TREATMENT TAKE?

The first consultation can take up to an hour. A treatment session lasts about 15 minutes, but this will vary according to your condition and your needs.

HOW LONG WILL IT TAKE TO GET BETTER?

Your recovery is dependent on many factors - the problem, the length of time you have had it and your own commitment to any rehabilitative exercises and maintenance visits which your chiropractor may recommend.

HOW OFTEN DO I NEED TO COME FOR TREATMENT?

An average course of treatment may entail five or six visits over two or three months, but every case is assessed individually. It is important to keep your appointments and make regular visits. Discuss this with your chiropractor, who will explain your treatment programme to you.

FOR WHOM IS CHIROPRACTIC SUITABLE?

Chiropractic treatment is suitable for everyone: the elderly, pregnant women and sports enthusiasts. Once you are better, your chiropractor will help you to maintain your own health, and keep your body working as it should, by offering exercise and lifestyle advice for you to follow in the future.

AWHAT IS THE POPPING NOISE OF THE ADJUSTMENT?

When the two surfaces of a joint are moved apart rapidly, as happens in a chiropractic adjustment, there is a change of pressure within the joint space. This may sometimes cause a bubble of gas to 'pop' - but this sound is not significant, and does not hurt.

HAVE I GOT A "TRAPPED NERVE" OR "SLIPPED DISC"?

These are common, general terms used to describe a multitude of conditions. Your chiropractor will make a more specific diagnosis and explain your condition to you.

Manipulation, when carried out correctly by a qualified practitioner, is not painful. If you have acute muscle spasm, when even the lightest touch hurts, there may be some discomfort. Sometimes, if you have had a problem for some time, you may feel sore whilst your body starts to adjust. Your chiropractor will tell you if this is likely to happen.

HARE ALL PATIENTS ADJUSTED IN THE SAME WAY?

No. Your treatment programme will be tailored to your specific needs.

SHOULD I BRING MY FAMILY FOR CHIROPRACTIC CHECKS?

Yes. The strength of chiropractic is that it may help prevent discomfort, pain and even disease, and is suitable for everyone. It is entirely appropriate to visit a chiropractor even if you have no pain, as restrictions in movement can often be detected before symptoms appear.

IS CHIROPRACTIC TREATMENT SAFE, EVEN IF I'VE ALREADY HAD SURGERY?

Chiropractic is remarkably safe when treatment is carried out by a properly qualified practitioner. Your chiropractor is trained to recognise conditions which require referral elsewhere, and can treat you even after surgery.

WHY SHOULD I RETURN IF I'M FEELING FINE?

Your chiropractor has treated you, so allowing your body to heal, but if you continue the lifestyle which caused the original condition, regular treatment should also continue.

WHAT IS THE BRITISH CHIROPRACTIC ASSOCIATION?

The British Chiropractic Association (BCA) is the largest and longest-established association for chiropractors in the UK, representing 70% of internationally accredited UK chiropractors. We aim to promote, encourage and maintain high standards of conduct, practice, education and training within the profession in this country.

All our members have undergone a minimum of a four-year full-time internationally-accredited degree course and are registered with the General Chiropractic Council, the UK's statutory regulator for the profession. For more information visit the BCA Website - Click Here to Visit

IS THERE SCIENTIFIC PROOF THAT CHIROPRACTIC WORKS?

Particularly for low back pain, yes. The Clinical Standards Advisory Group recommended in 1994 that there should be earlier access to the manipulative therapies and a redistribution of resources within the NHS to make this happen. In September 1996 the Royal College of General Practitioners issued guidelines for GPs which recommend manipulative treatment within the first six weeks for patients with low back pain. They also state that the risks of manipulation are very low in skilled hands.

Now research is beginning to concentrate on how chiropractic affects other areas of the musculoskeletal system, including a trial at the University of Odense in Denmark 1 on the effect of spinal manipulation in the treatment of neck-related headache and a Canadian patient satisfaction study 2 which shows chiropractic as an effective means of resolving or improving back and/or neck pain.

Utilising treatments in our sports clinic aims to enhance performance, reduce the risk of sports injury and speed up recovery times.

Chiropractors specialise in the diagnosis, treatment, rehabilitation and prevention of musculoskeletal conditions.

Acupuncture is a treatment that can relieve the symptoms of some physical and psychological conditions.

Cupping therapy or Hijama is an alternative medicine, practised by the Chinese, Greeks and the Arabs for over 3000 years

PRP is a ground breaking non-operative treatment that relieves pain.

City Aesthetics is a calming, modern beauty salon situated in the heart of Plymouth. We offer a range of aesthetic, beauty and relaxation treatments including massages, reflexology, Reiki, and Hopi ear candling, to name a few.

For Expert Consultation, Examination, Diagnosis and Treatment; City Clinic offer a complete service so you can find out what’s wrong, what to expect and how to put things right.